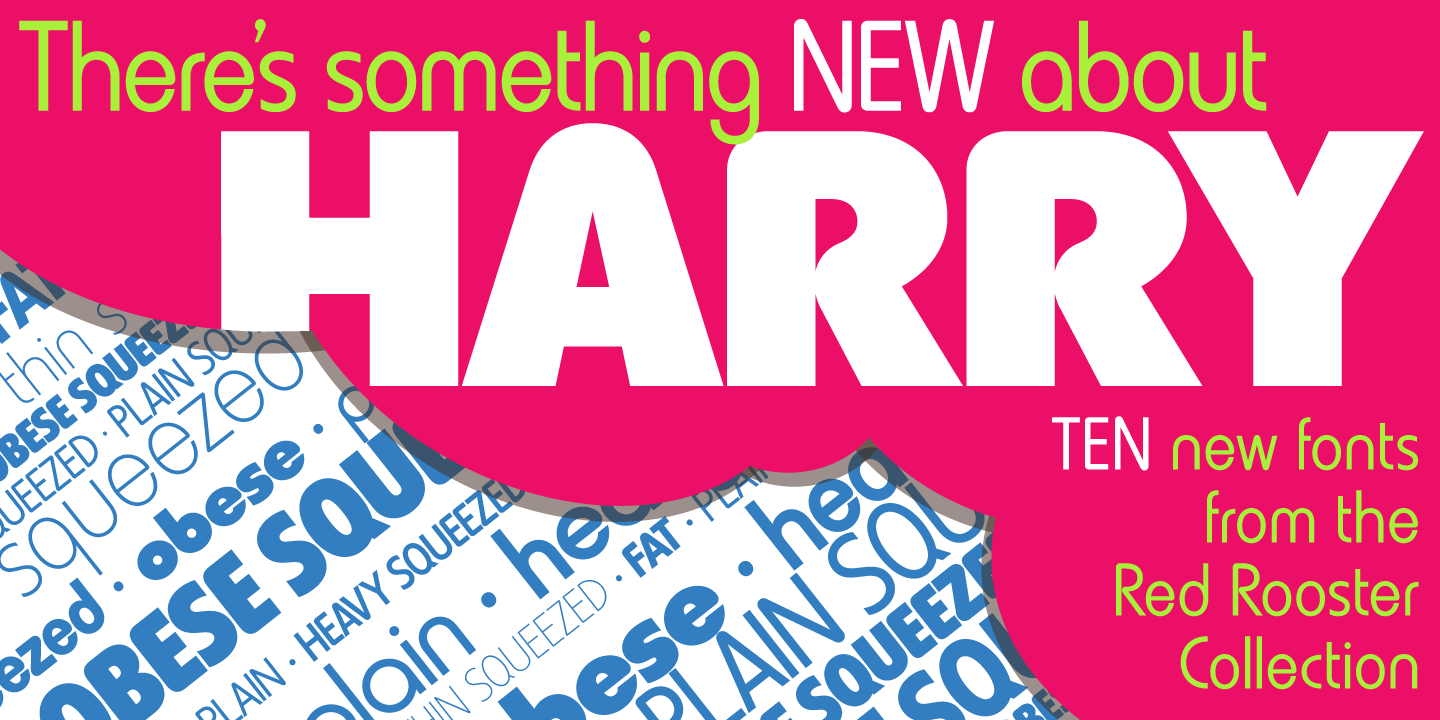 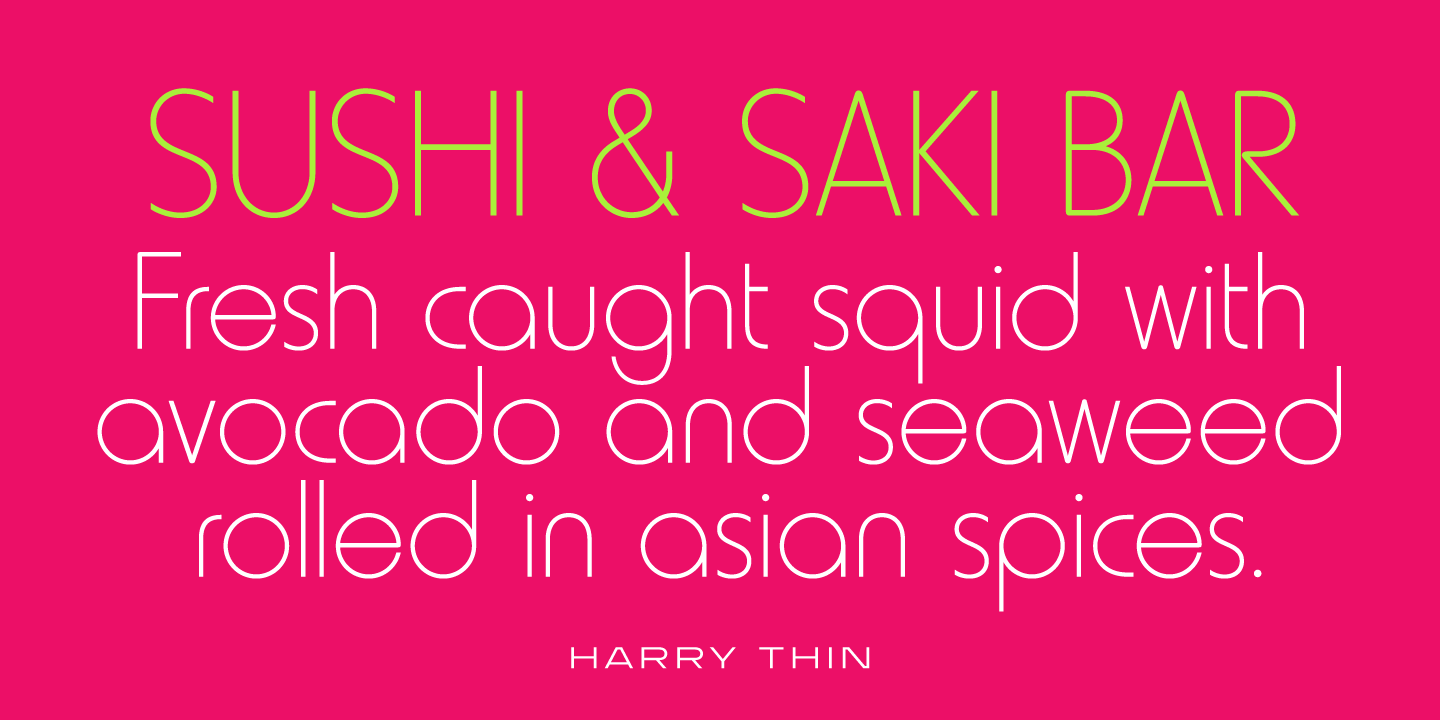 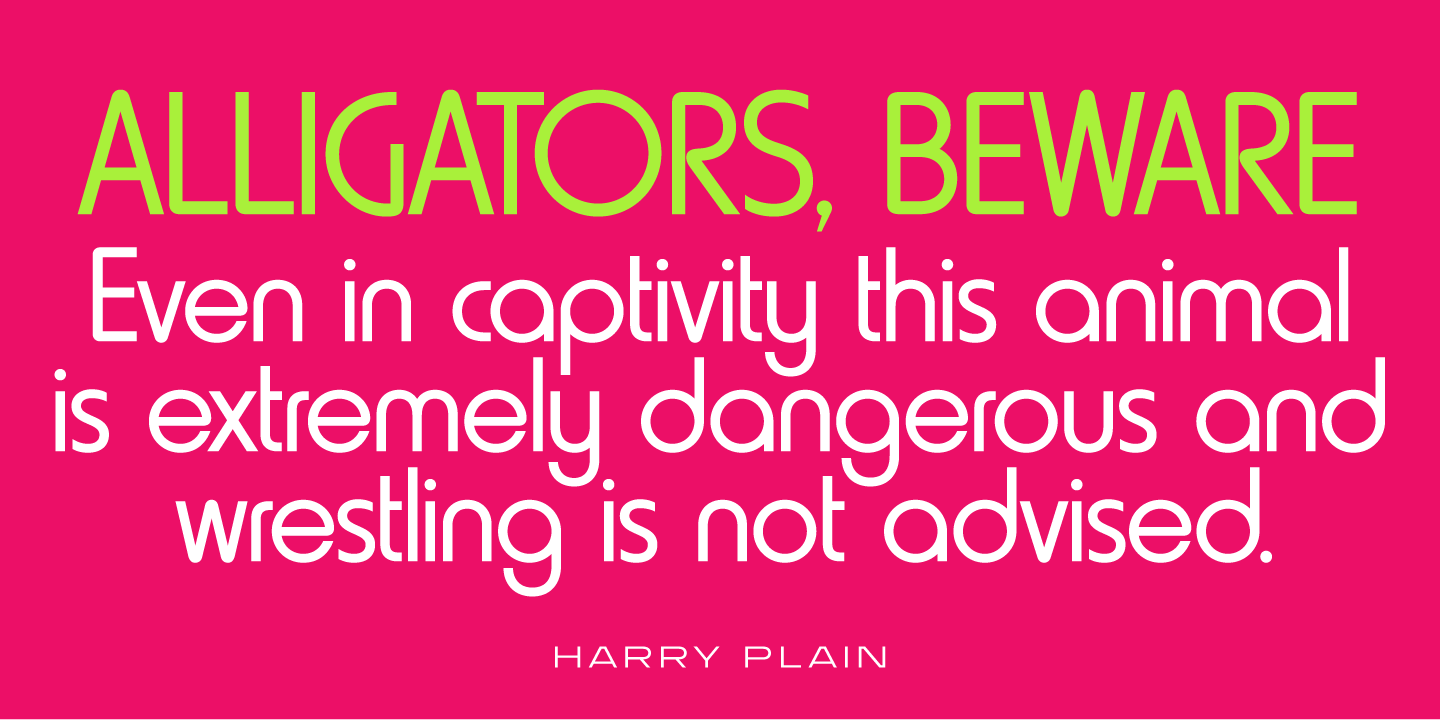 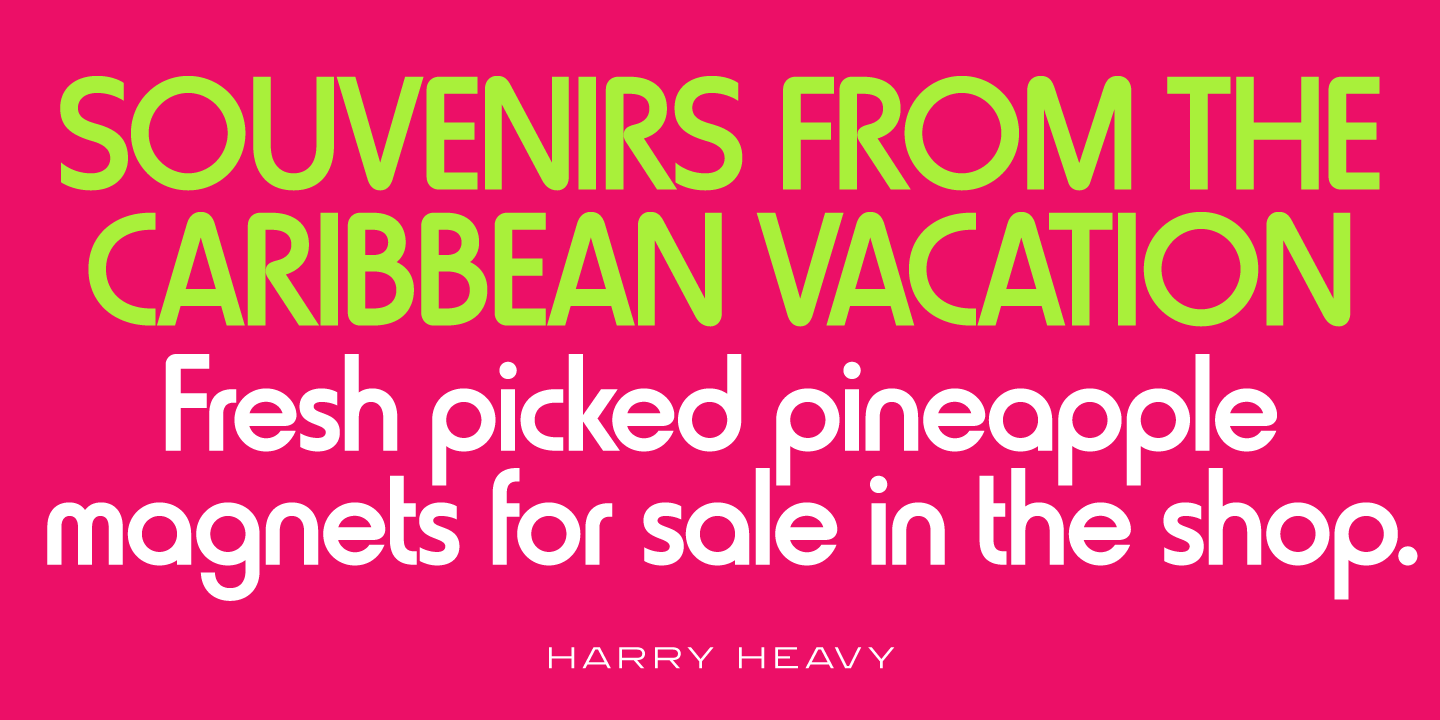 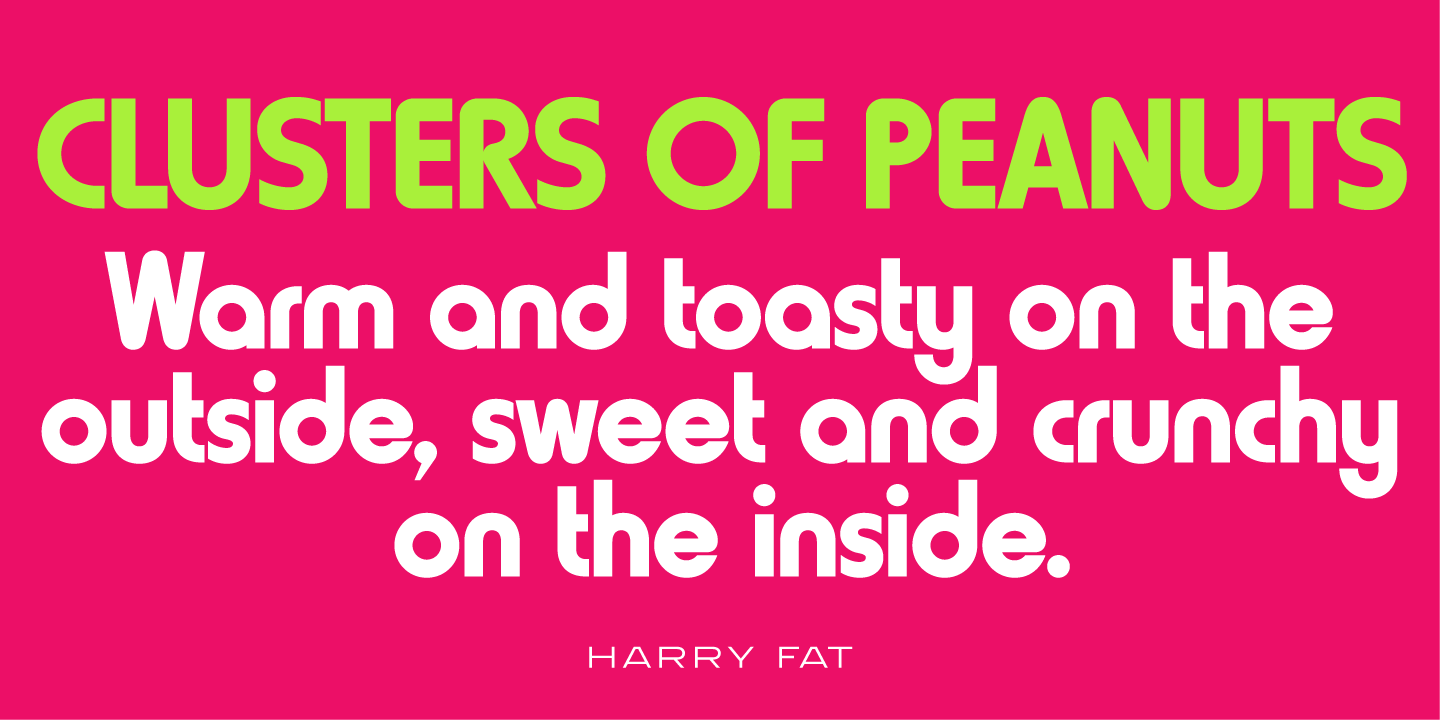 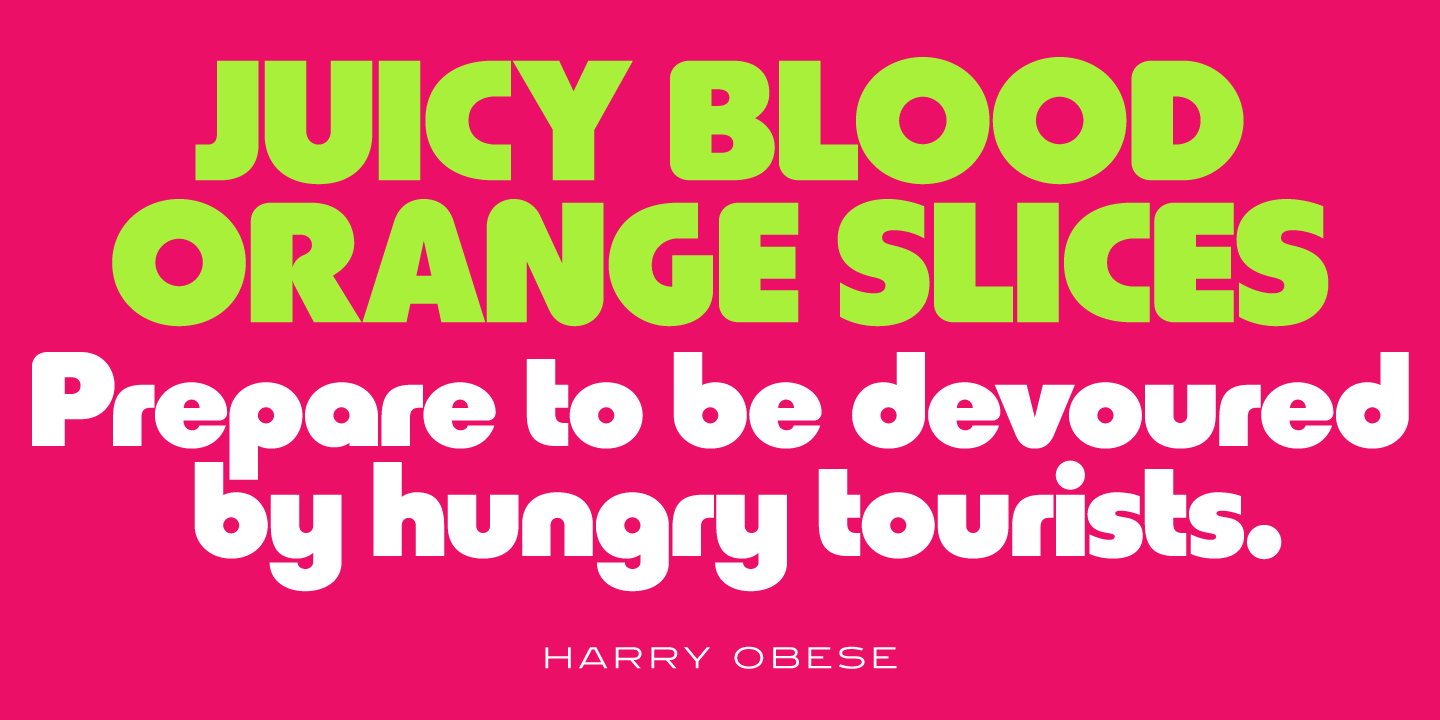 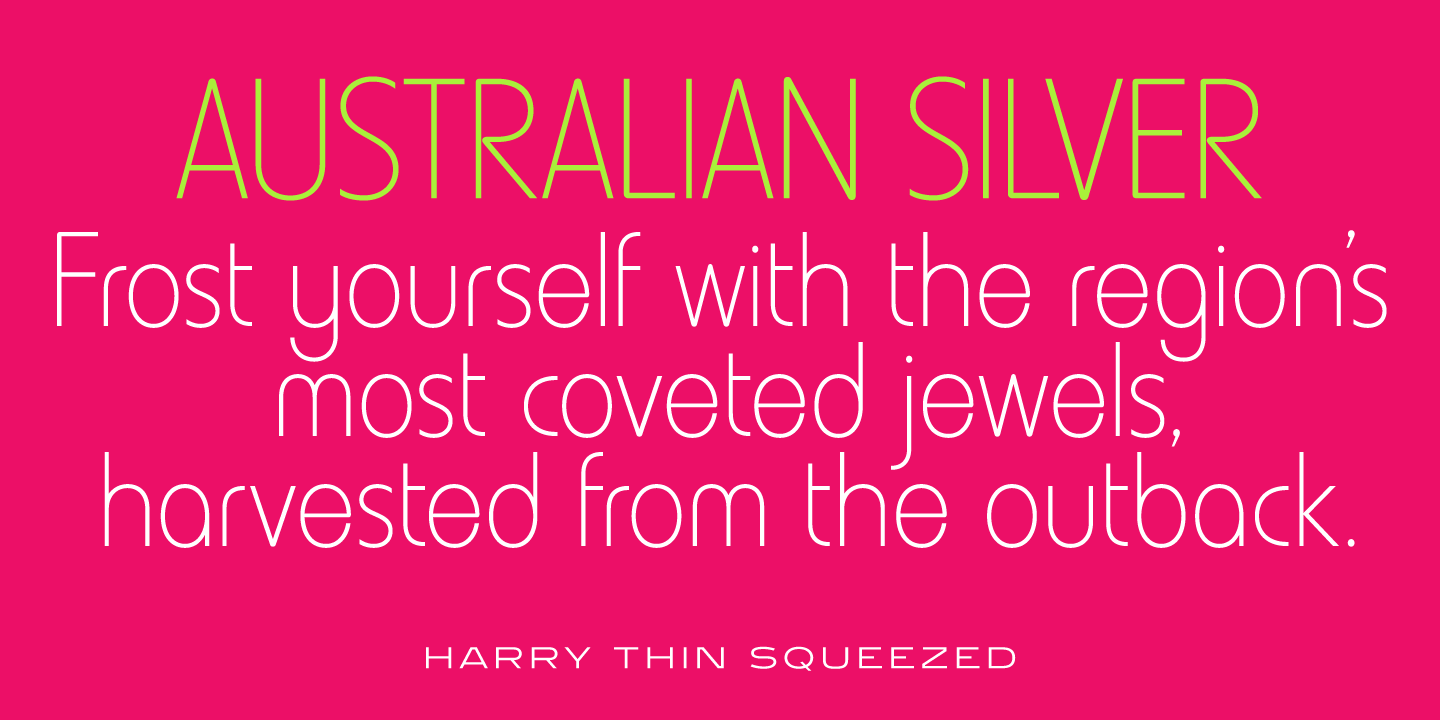 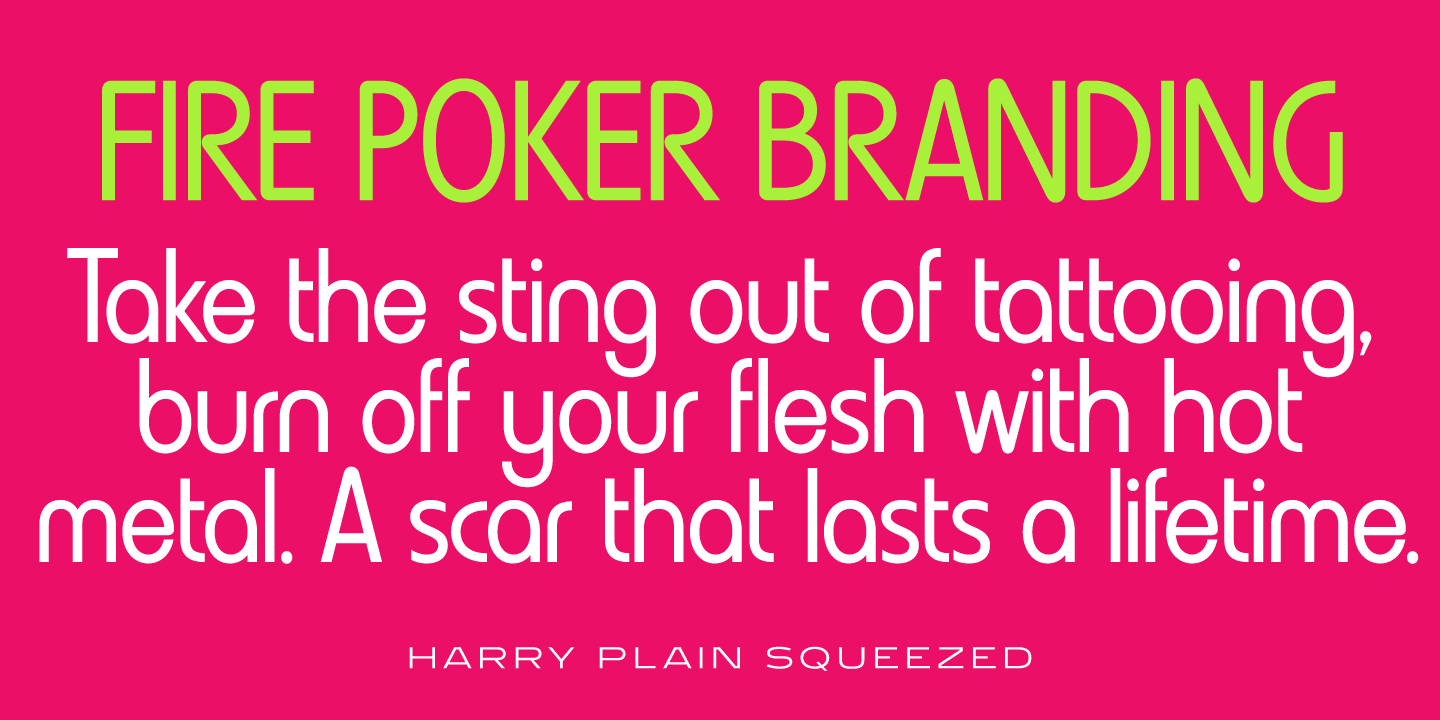 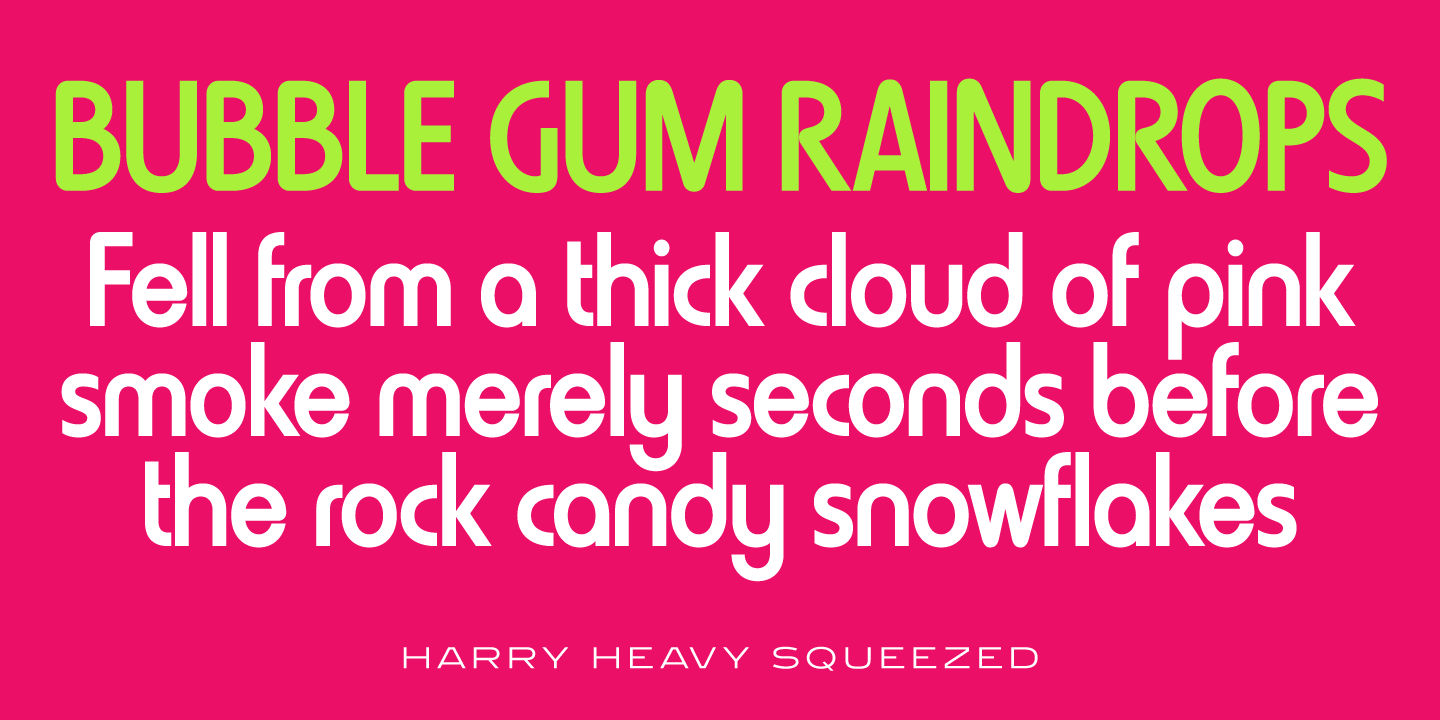 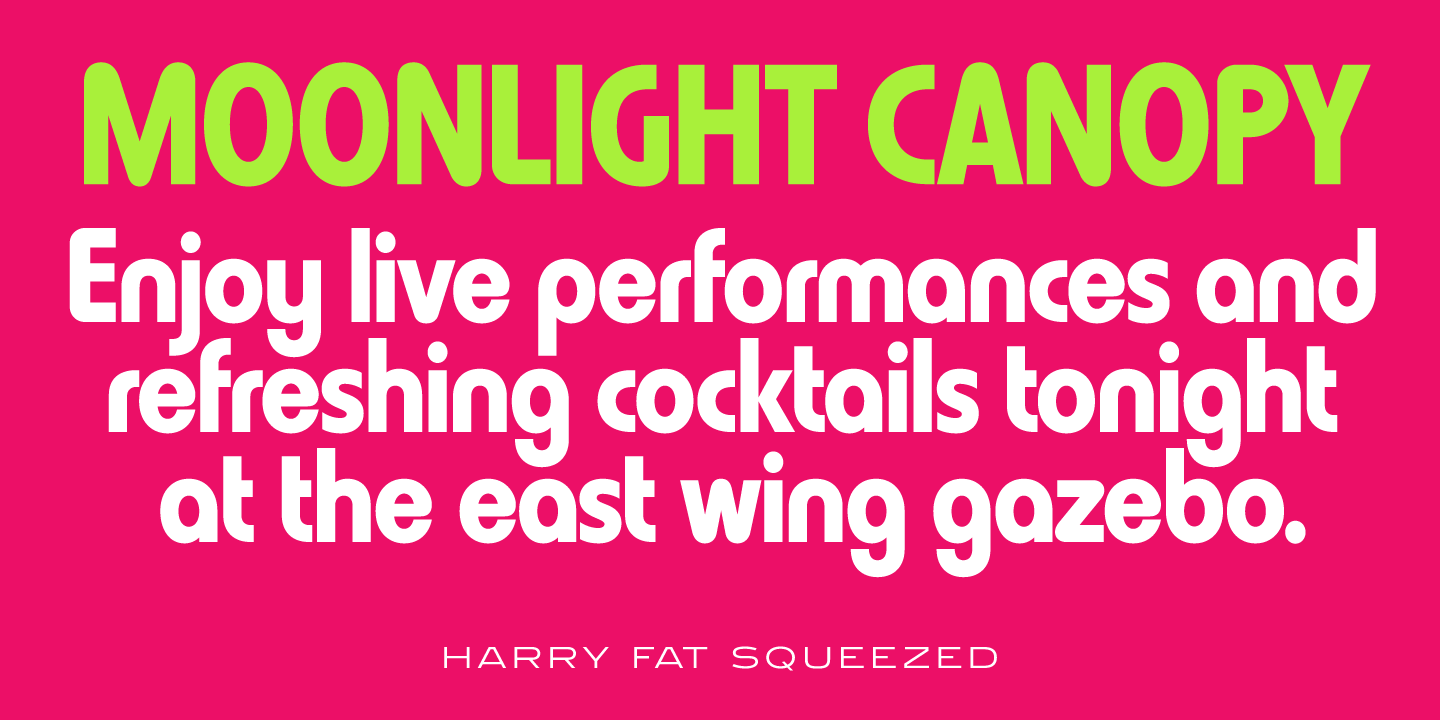 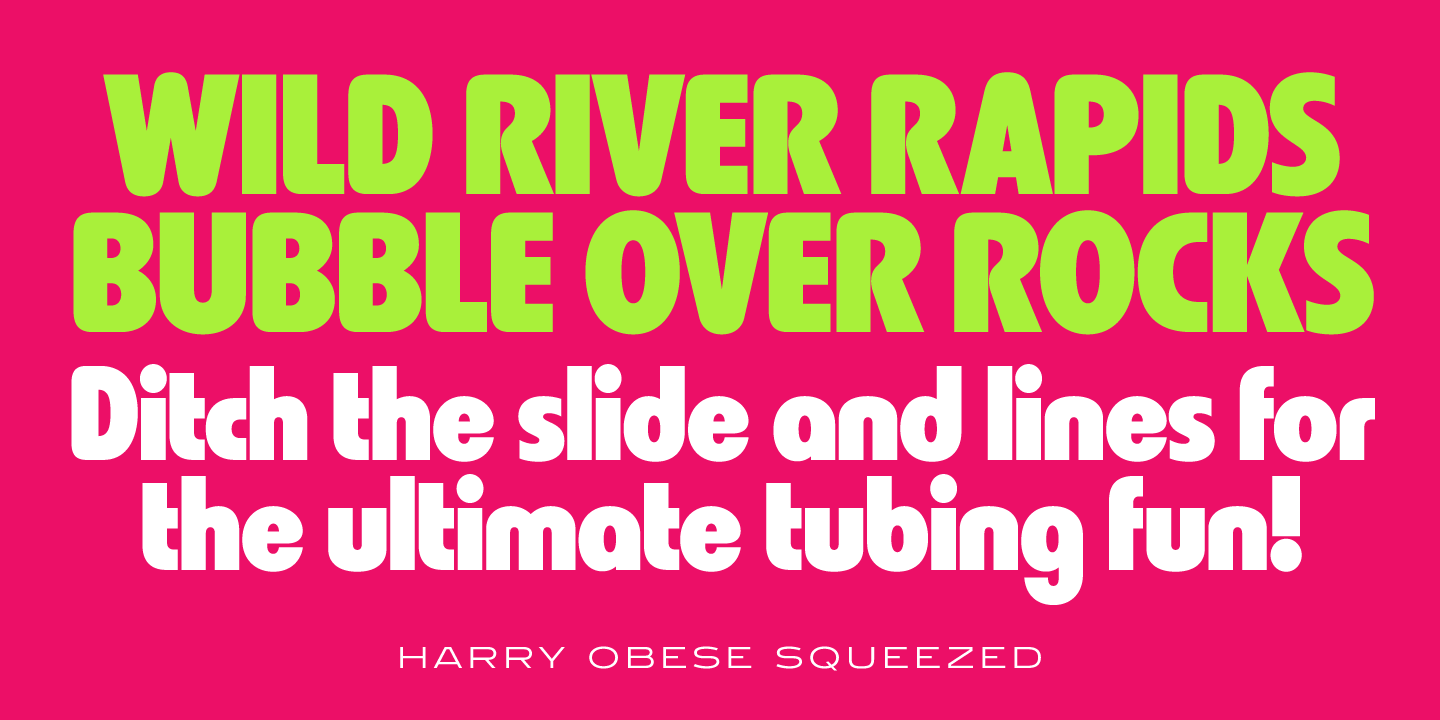 Harry Pro is a sans serif font family based on the original design by Marty Goldstein and C.B. Smith.  Goldstein, born in Chicago in 1939, was the co-founder of the groundbreaking Creative Black Book.  Harry, first published by Visual Graphics Corporation (VGC) in 1966, was named after Goldstein’s father.

Harry Pro was designed and produced in 2009 by Steve Jackaman (ITF) and Ashley Muir, and four new weights were added to the original six.  The family sports a modern, simplistic feel, and finds its niche at any size.