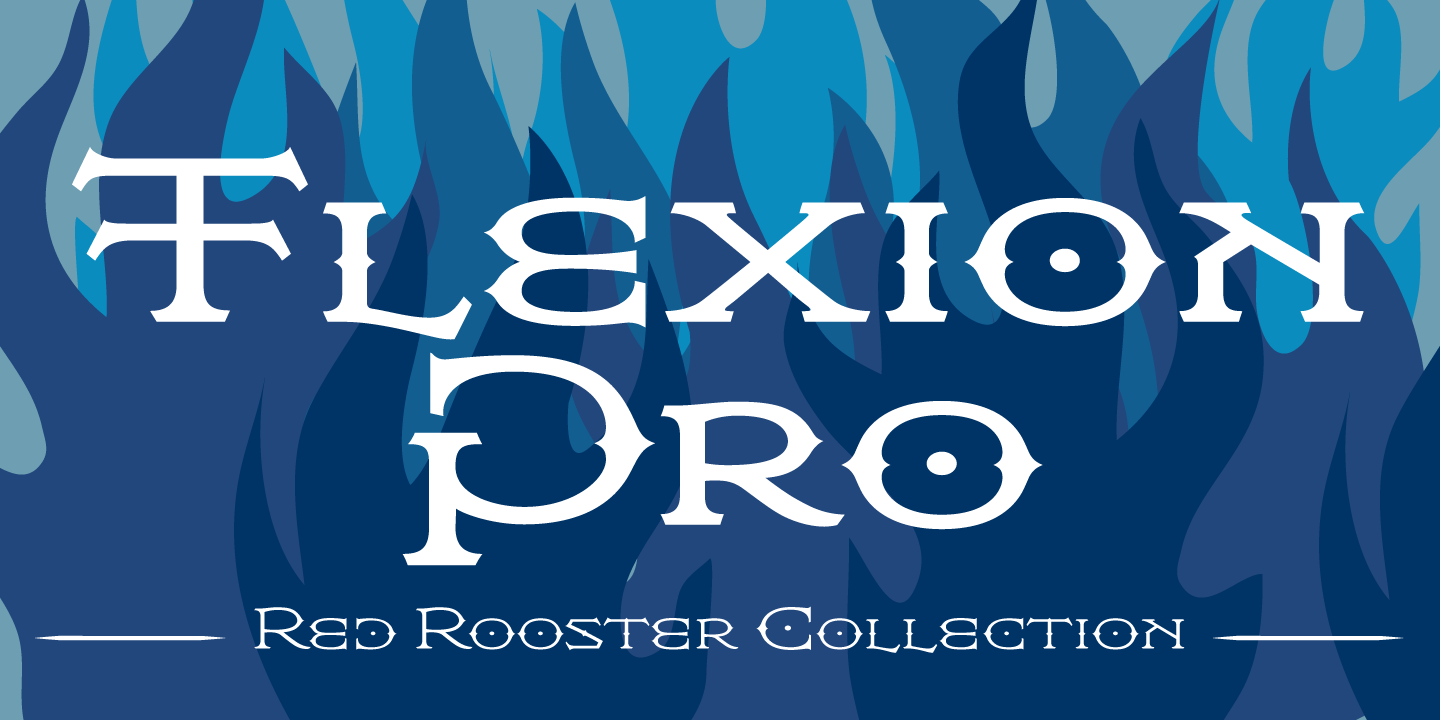 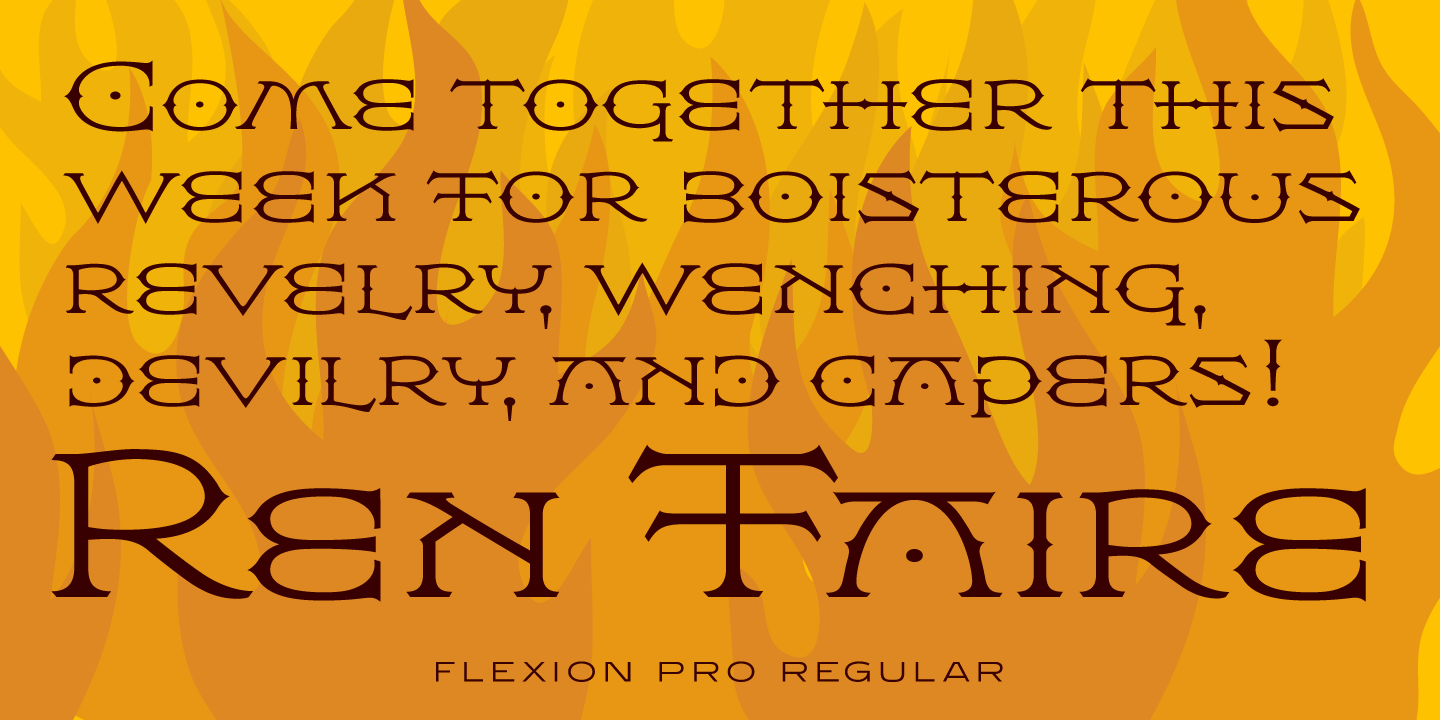 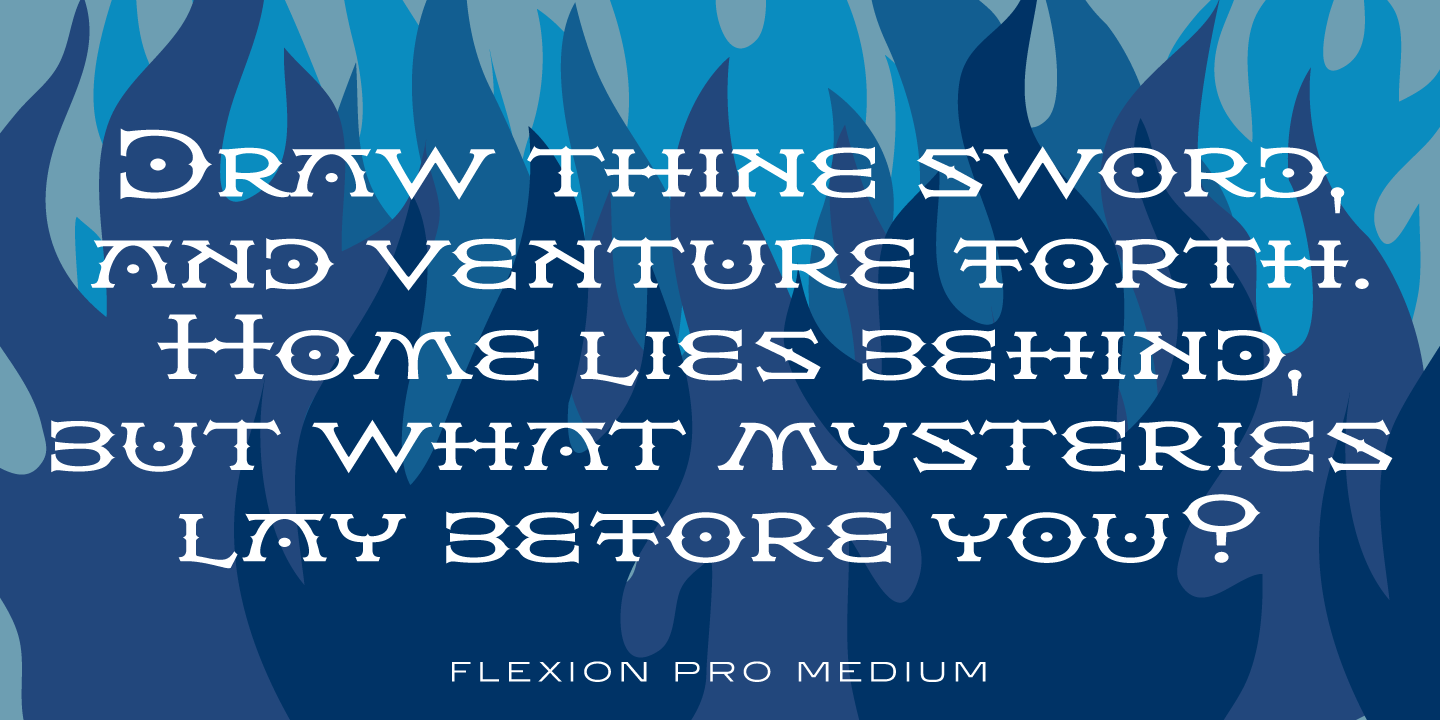 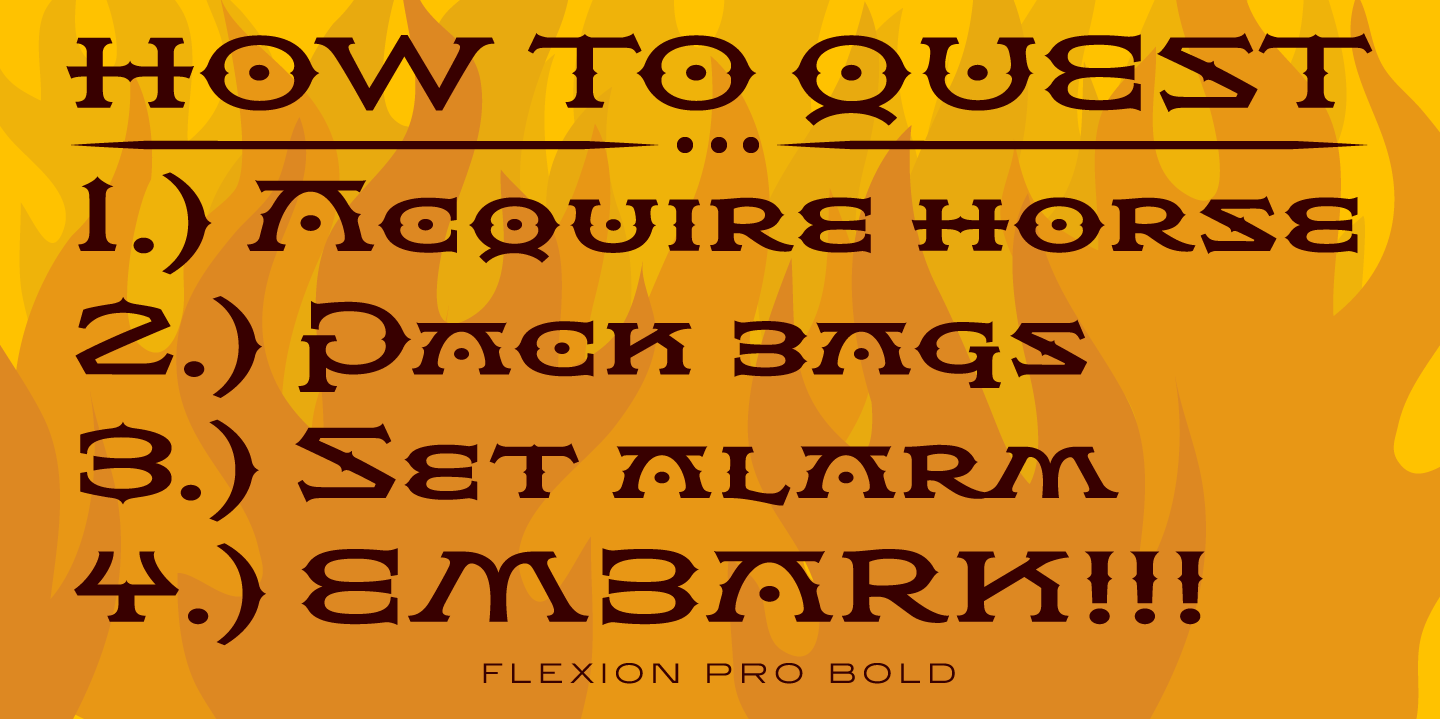 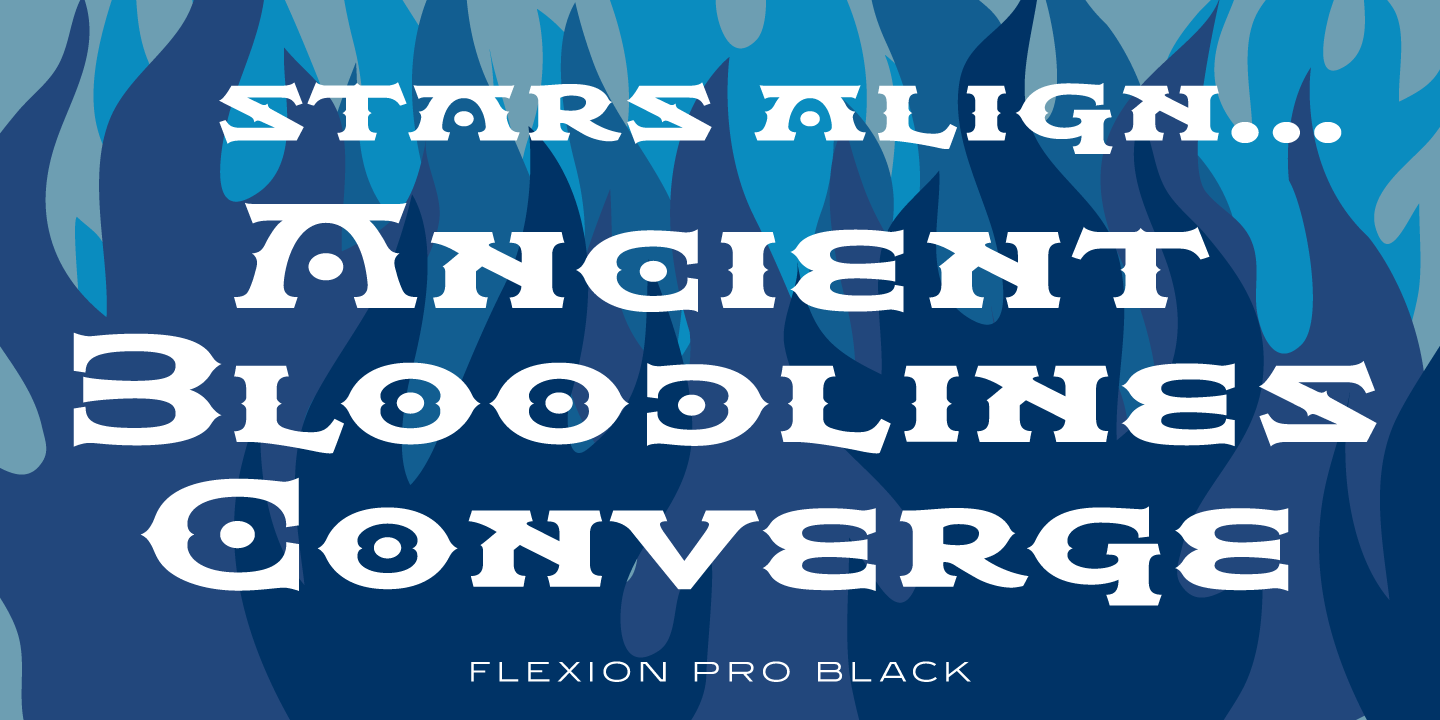 Flexion Pro is a decorative font family.  It was designed by Hal Taylor and John Langdon, and was redrawn and produced by Steve Jackaman (ITF) and Ashley Muir in 2006.

John Langdon was approached by novelist Dan Brown while Brown was working on the movie adaptation of “Angels and Demons,” and he suggested creating title credits based on ambigrams.  Langdon contacted Hal Taylor, who developed a full type family including small caps, alternate characters, lining, and ranging figures.  The film ended up being too long, and instead of shelving the family Langdon decided to release the family.