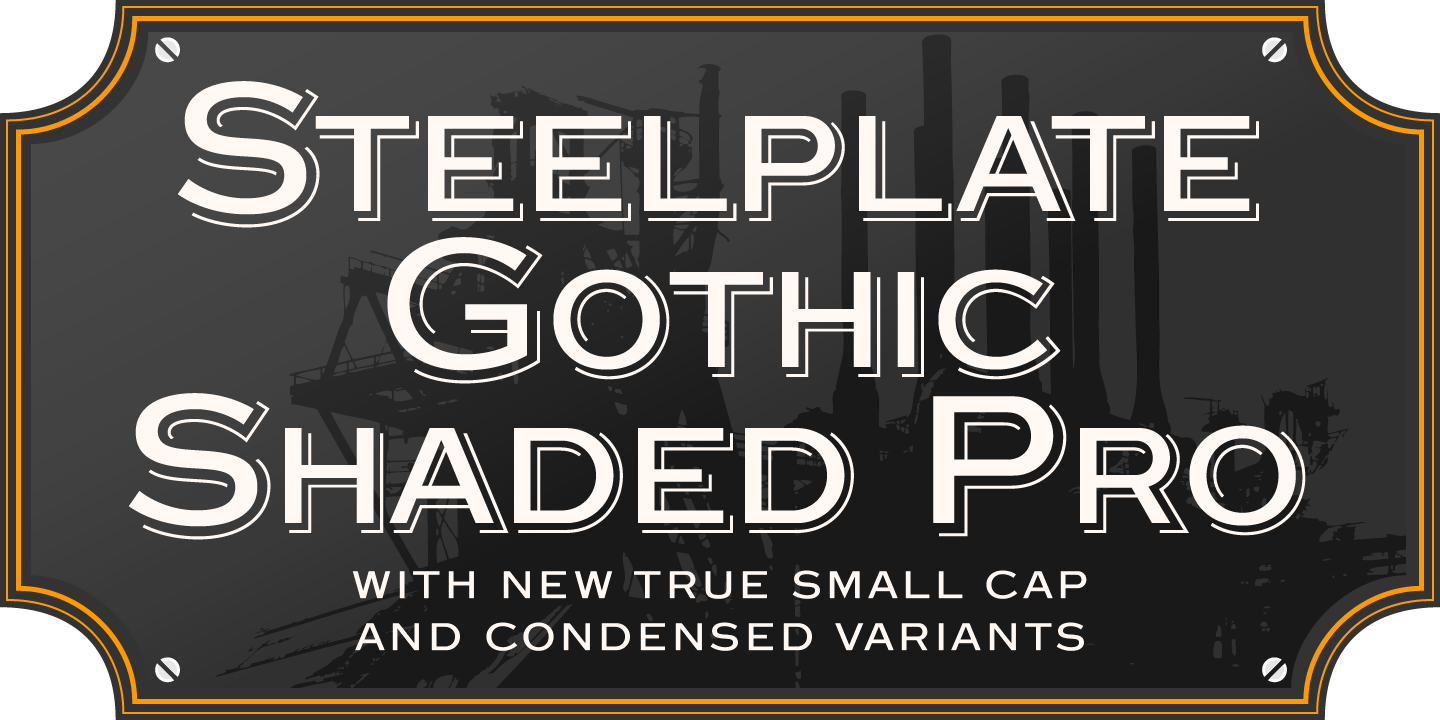 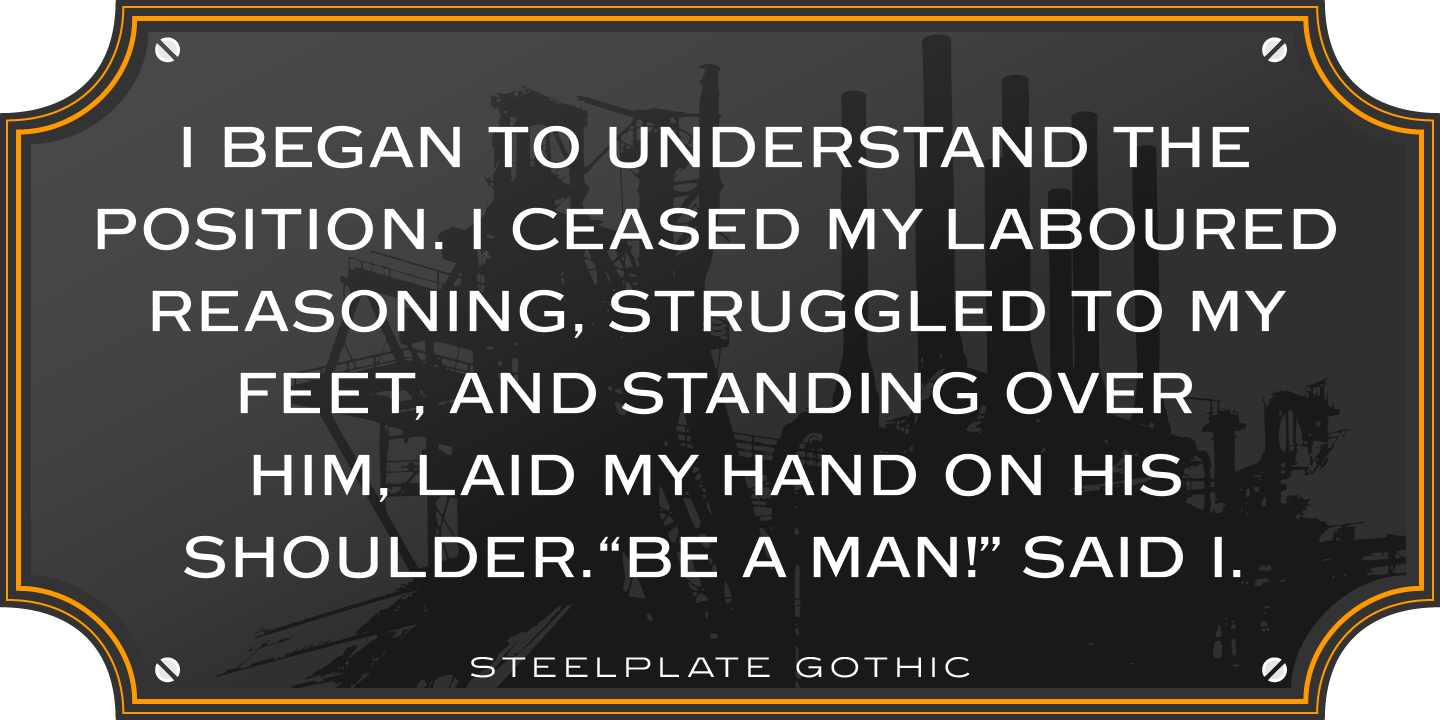 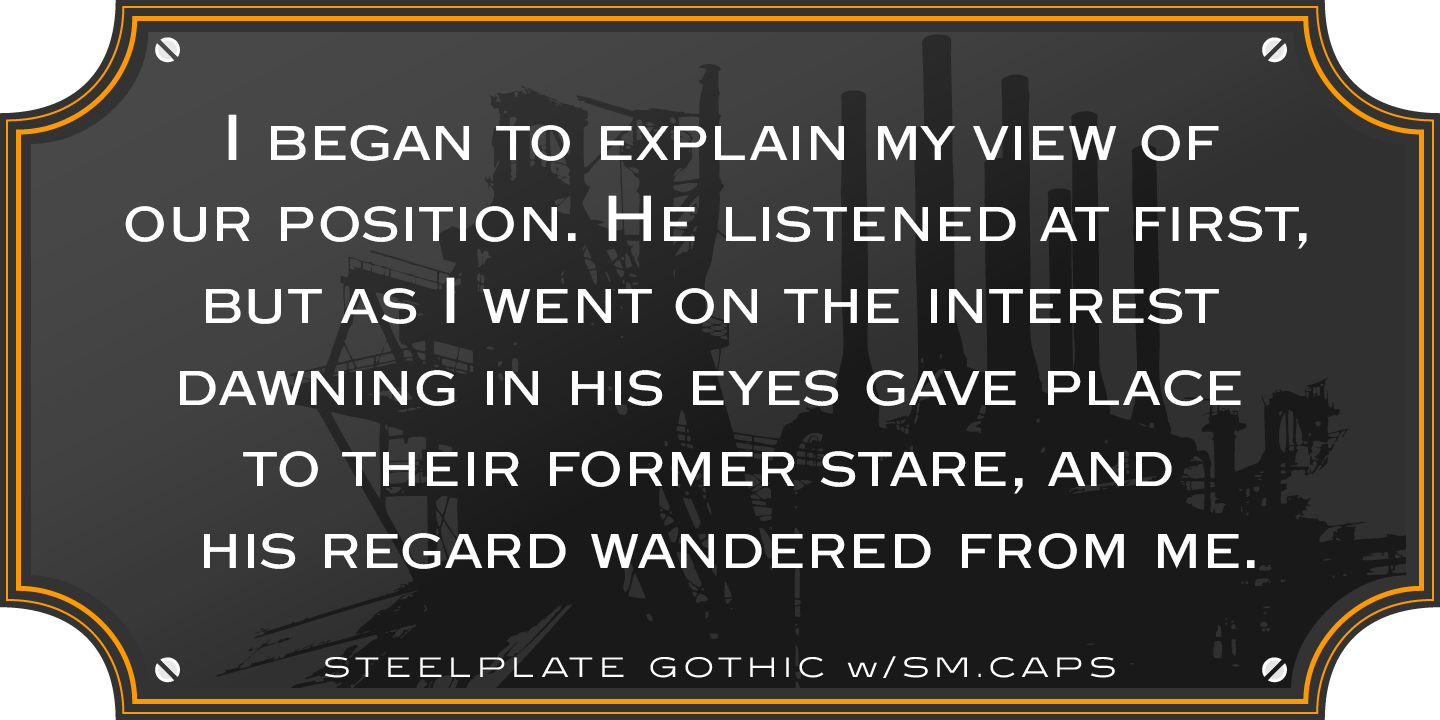 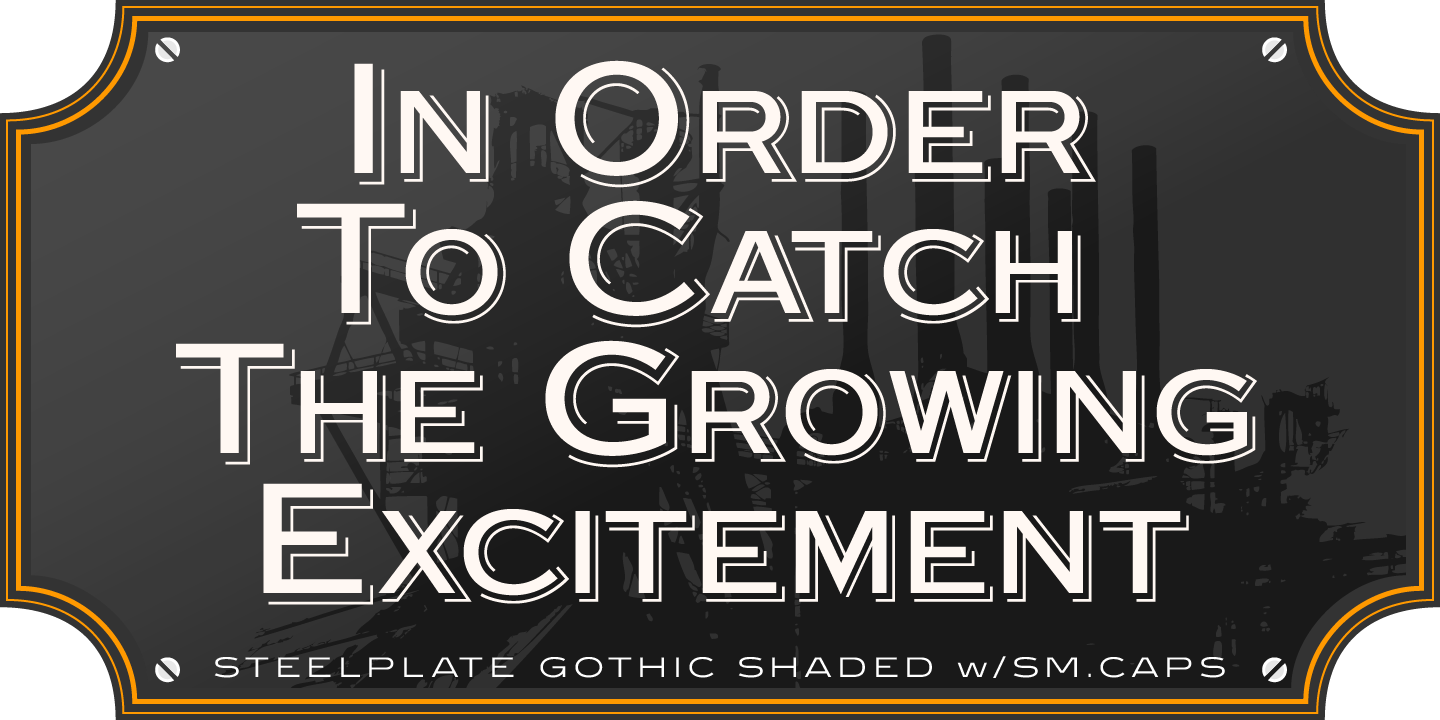 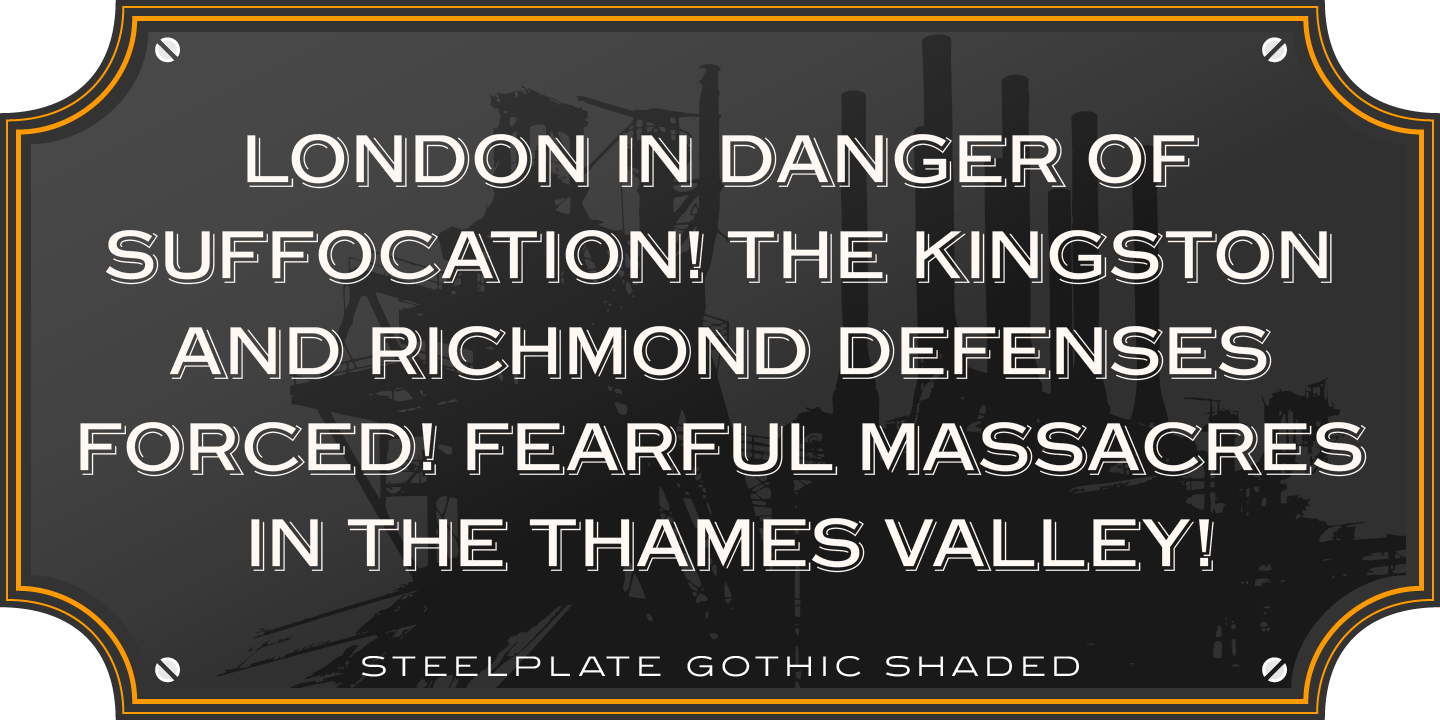 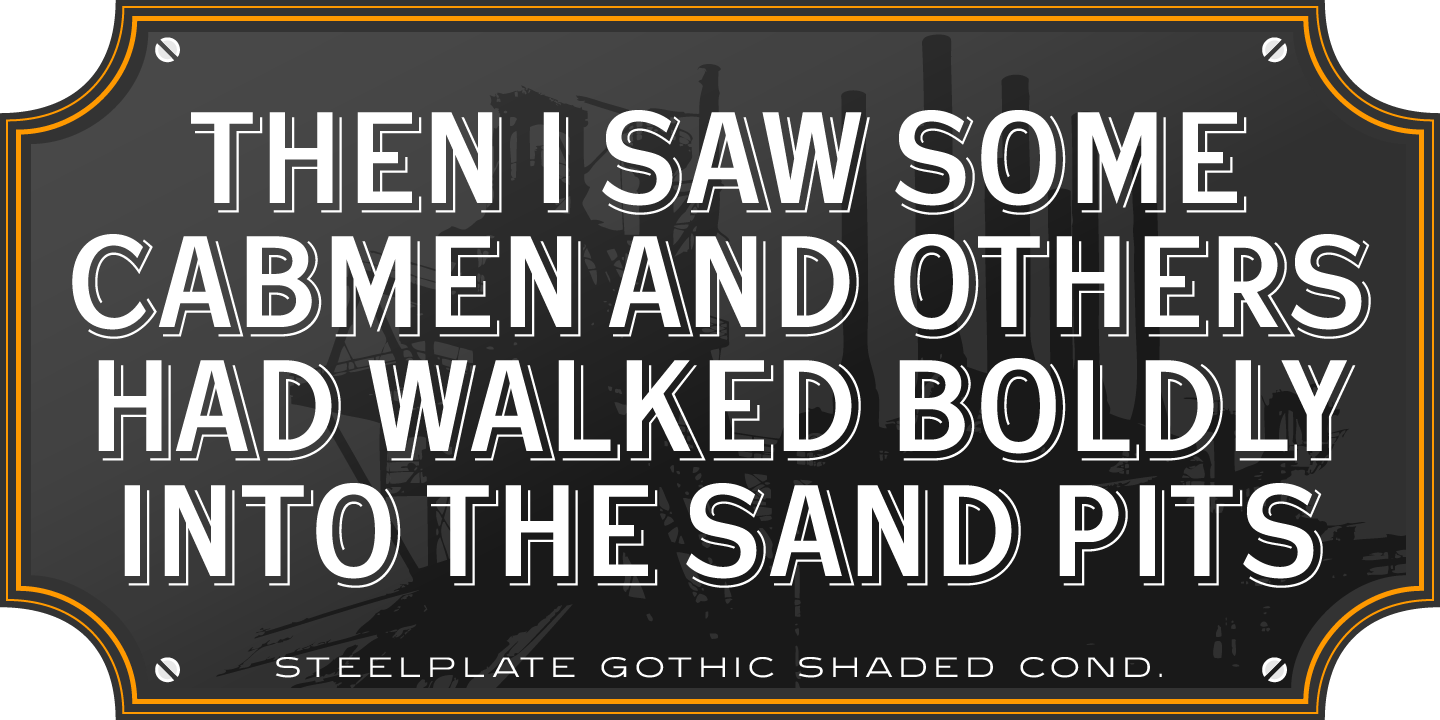 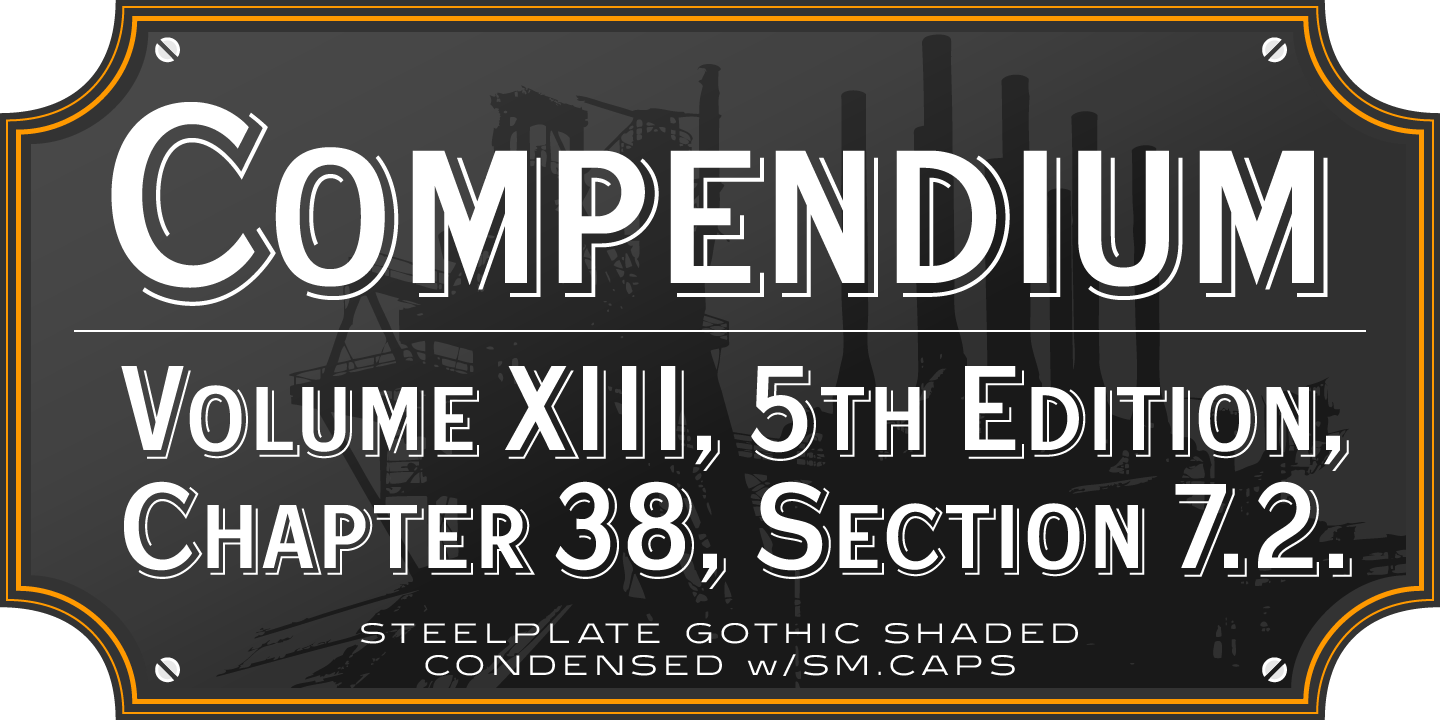 Enter Your Own Text Here

Steelplate Gothic Pro is a sans serif font family with traditional and drop shadow weights.  It shares letterform similarities to conventional Copperplate Gothic families, but has no spur serif endings.

Most of the original designs came from the Western Type Foundry when BB&S acquired it in 1918; all were cut by Robert Wiebking.  It was recast in 1954 by American Type Founders (ATF).