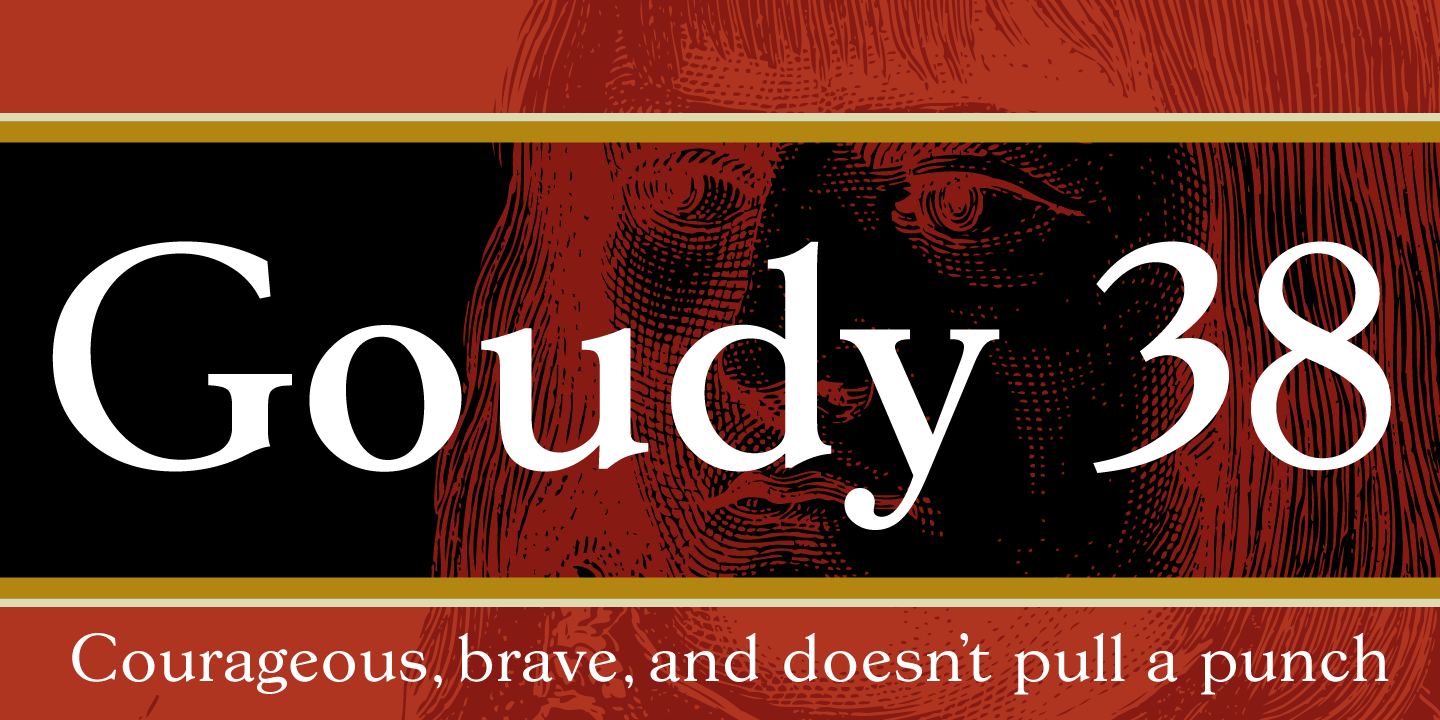 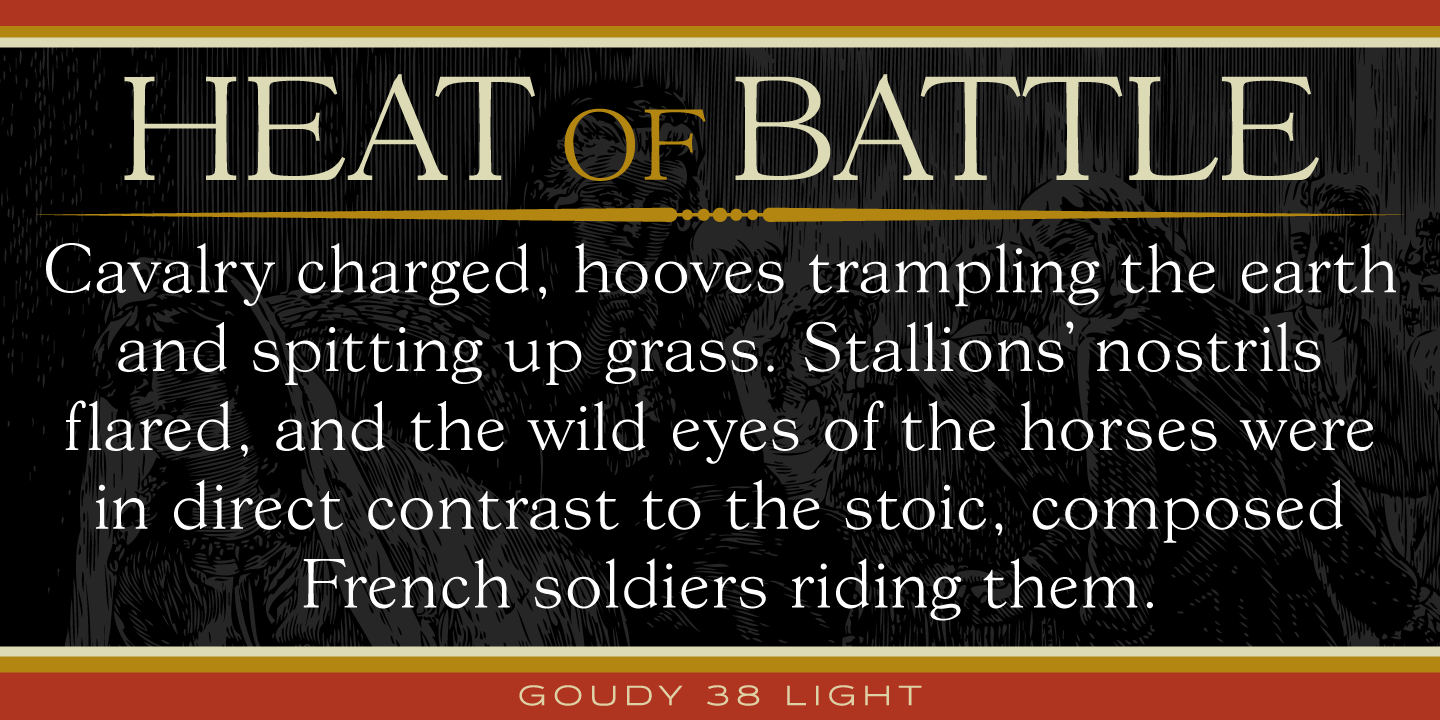 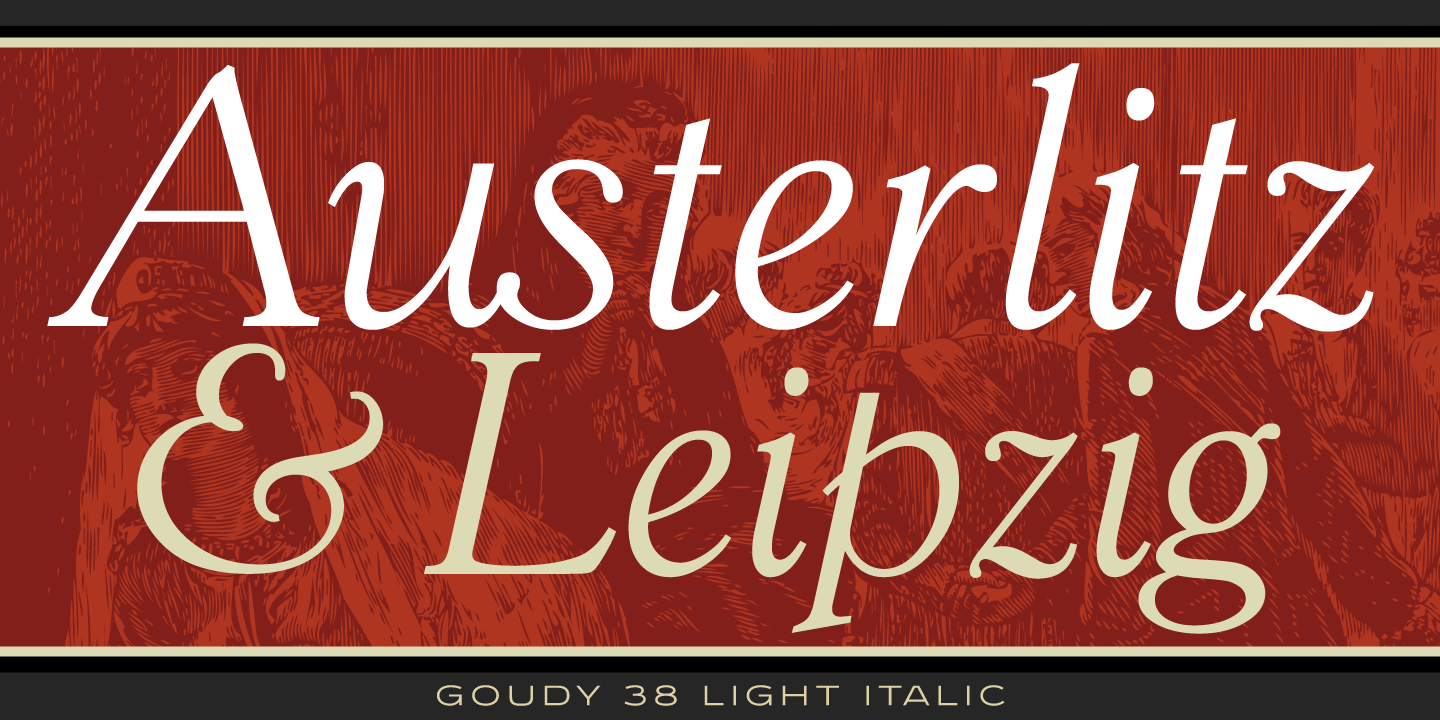 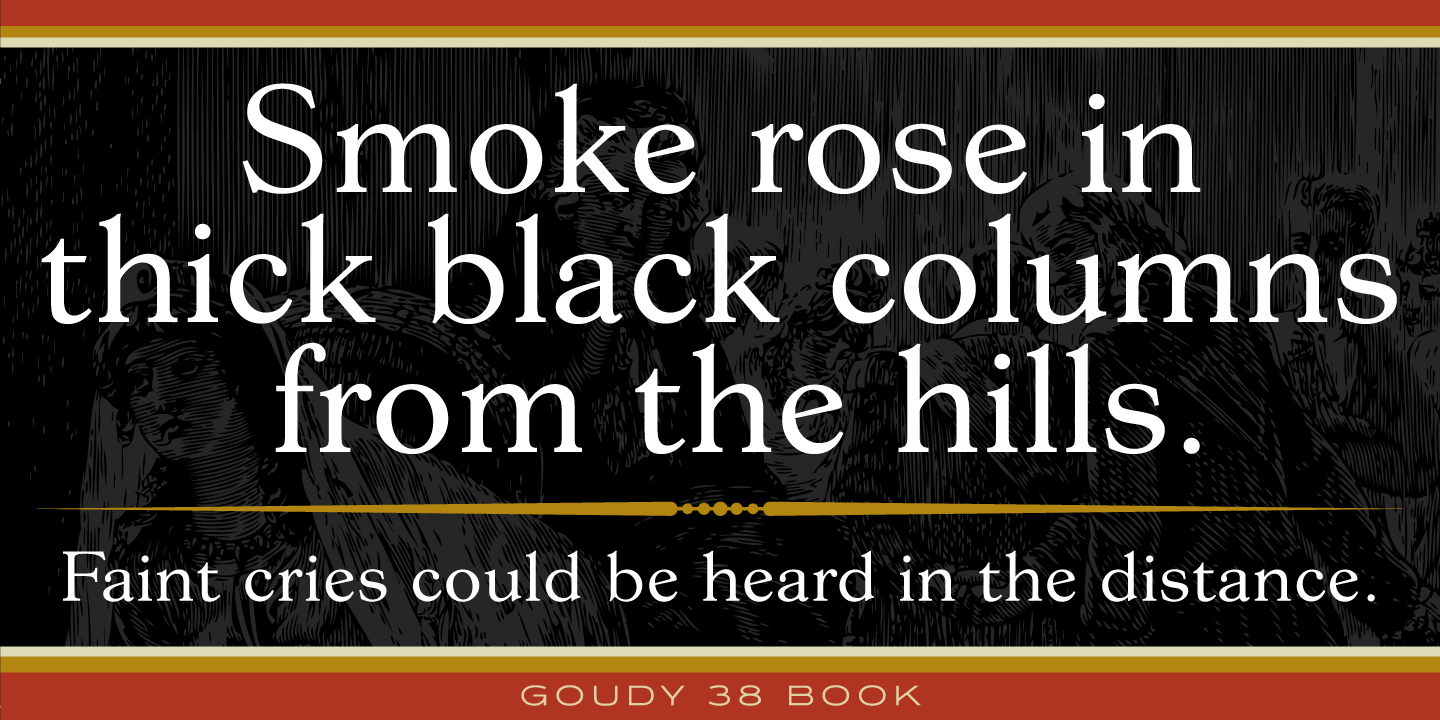 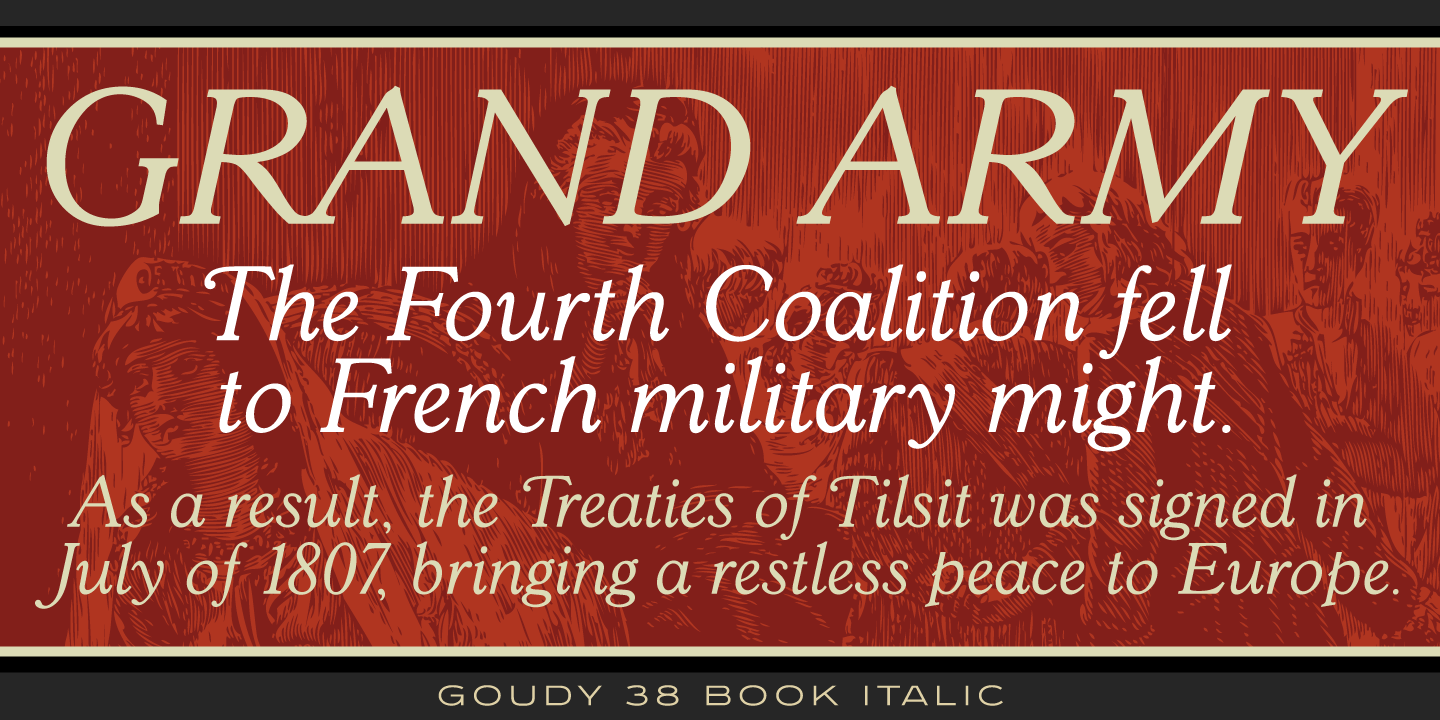 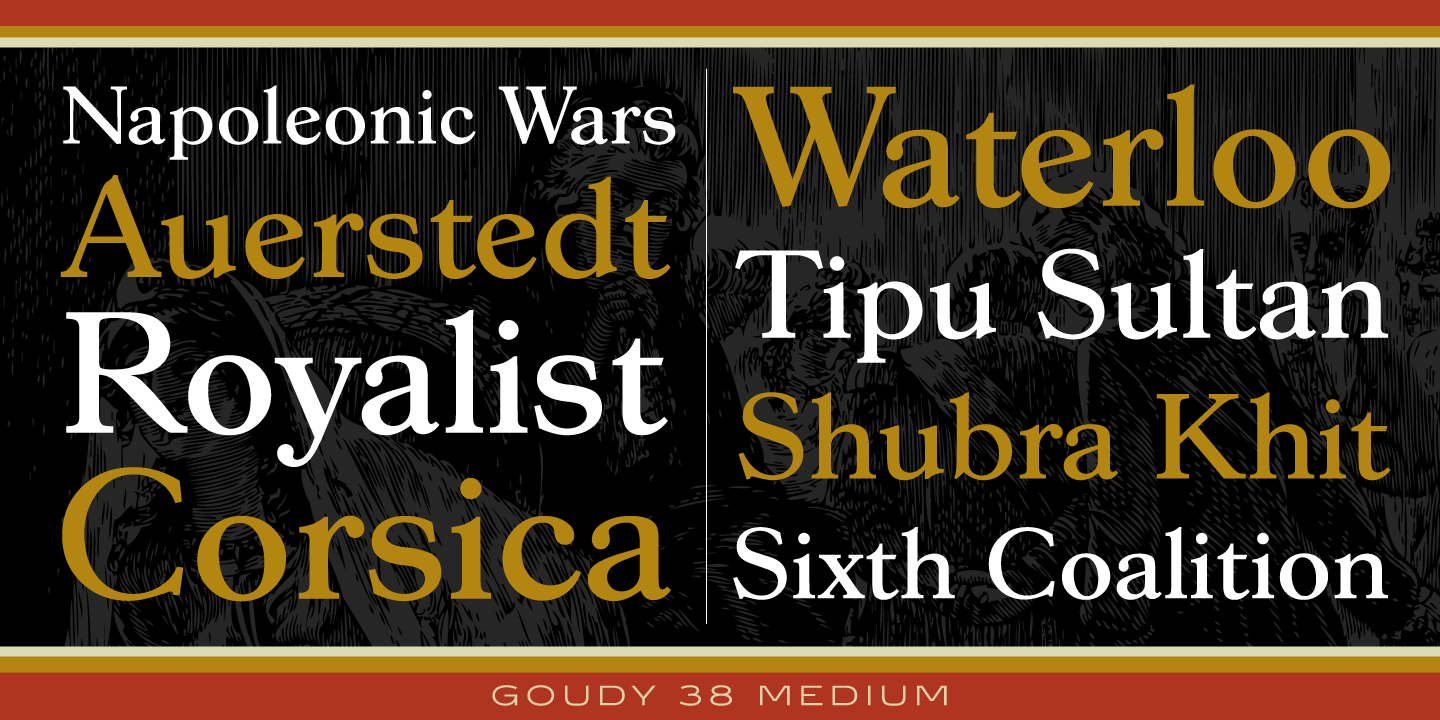 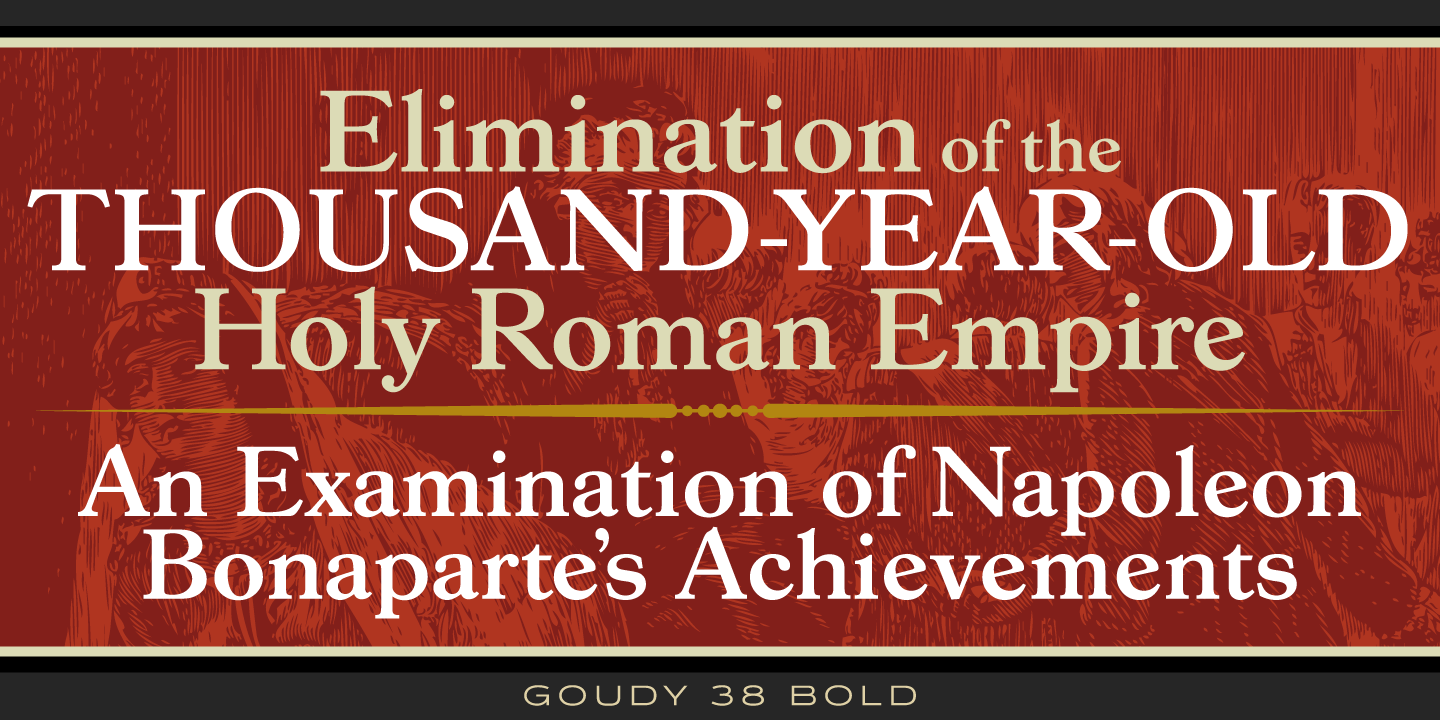 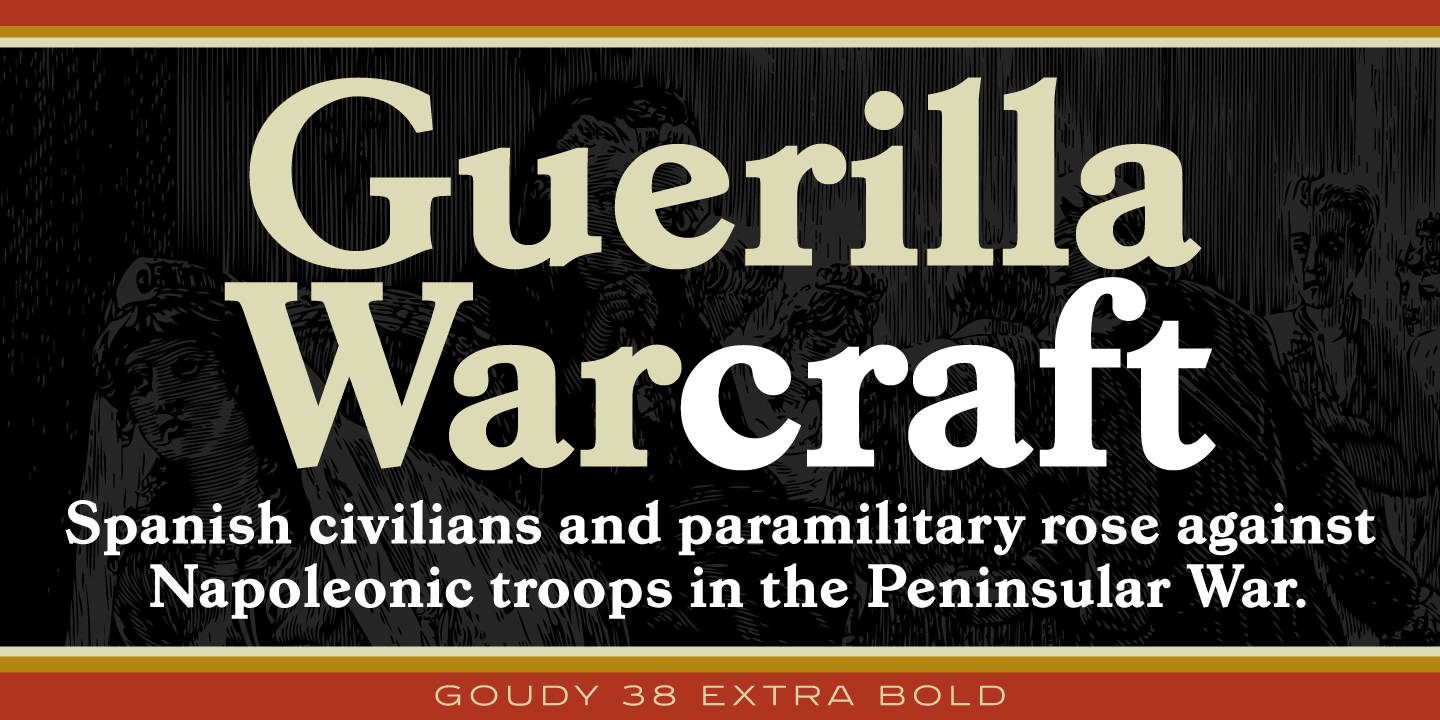 Goudy 38 was originally designed by Frederick Goudy for the first Life magazine, circa 1908, but production delays meant the typefaces were never used by Life.  Gimbel Brothers, the famous New York department store, opened in 1910 — around the time of their completion.  The typefaces were used almost entirely for Gimbel’s advertising and was often known as Goudy Gimbel, but they were better known by their Monotype series number, Goudy 38.